Fasten your seatbelts and get ready for a ride!

In this third book of the John Canon series, Author John Howell has amped up the action. Matt Jacobs is determined to capture national hero, Attorney, John Canon, and force Canon to join with him in murdering the President and destroying America.

There are explosions, car chases, harrowing airplane trips and even F18 fighter jet rides in the race to evade capture and/or death at the hands of Jacobs. Canon manages to stay one step ahead and with Stephanie Savard at his side, finds not only an ally and but, perhaps even love. Sheriff Ned Tranes takes the brunt of attacks in his attempt to protect John and when he gets shot, is forced to sit on the sidelines for a while. But, not for long.

In this book, Howell takes us deep inside the mind of a terrorist, Matt Jacobs, and shows how committed he is and how much he believes in his cause. Matt Jacobs sees America as Satan and the president as the leader of Satan and feels fully justified in committing murder to bring the country to its knees. And, in that process, securing himself a place in heaven. Murder in the name of Allah.

But, he underestimates John Canon. And it helps that a bit of betrayal is added into the mix.

This is a nail-biter. Each attack on Canon escalates until there appears to be no hope of survival. But, in true John Howell fashion, there is a climatic twist. If you like thrillers, you are going to enjoy this conclusion to the Canon series when “Our Justice” is finally served.

Other Books by John Howell 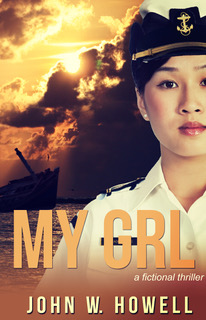 33 thoughts on “OUR JUSTICE by John Howell – Review #RRBC”