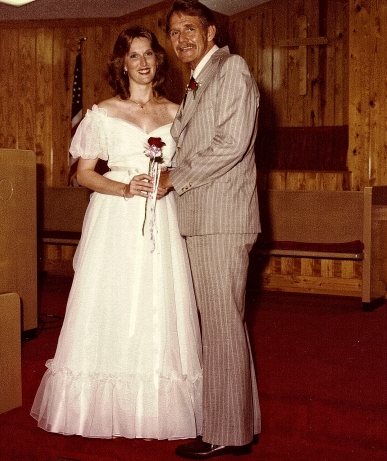 August has always been a BIG month for me. Well, at least it has been since 1985.

Rick Sikes, aka Luke Stone, left Leavenworth prison on August 15, 1985, and arrived on a Greyhound bus in Brownwood, Texas on August 17th. So, of course, it was a big day for Luke and Darlina after being separated by walls and bars for fifteen years. Even now, when I think about it, my heart races. Here is an excerpt from Home At Last.

During the ride back to Coleman, Luke never let go of Darlina’s
hand. He savored the countryside that he’d known as home
for all but the last miserable fifteen years of his life. Prickly pear
cactus grew wild in the pastures and along the roadway
amongst the cedar and mesquite trees. A lot had changed in
his absence, and yet so much remained the same.

The moment they stepped through the door of the small
apartment Darlina had rented for them, Luke drew her into the
circle of his arms and kissed her, savoring the uninhibited way
she responded.
He ached for her in ways that only a man who’d been
deprived for years could ache. The need and raw hunger overtook
everything else.
In minutes, the two lovers lay on the living room floor with
remnants of clothing scattered about. It didn’t matter that they
hadn’t made it to the bed. Nothing mattered except the moment.
Luke’s insatiable appetite grew more with each release. They
devoured each other lost in a span of time and space where the
entire Universe stopped spinning just for them.
Finally, out of breath and spent, Luke sat up with his back
against the sofa and gathered Darlina close beside him. “You
have no idea how many nights I dreamed of this and how those
dreams kept me going when there didn’t seem to be any other
reason.”
She snuggled into the crook of his arm. “I’ve died and gone
to heaven. I looked for some way to replace you after you left,
but I never found it.”

Then just 8 short days later, Luke and Darlina stood at the altar and repeated marriage vows. 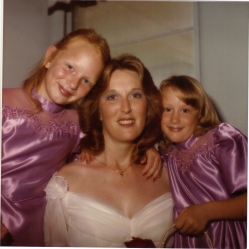 Luke placed his arm through the crook of Darlina’s and
together they walked toward their future.
The pastor of the Northside Community Baptist Church
waited to officially pronounce them man and wife.

The ceremony passed in a blur. All Darlina could focus on
was that she would finally and forevermore be Mrs. Luke Stone.
Her voice wavered and her hands shook as she read the
poem she’d written for the ceremony. “Today I stand here next
to you, to pledge my love faithful and true. At your side, I’ll
always be, from now throughout eternity. And so, in sight of
God and man, I promise as I take your hand, to love you deep
and strong and true and with you be, though storms may brew.
Never may our love grow cold even though we’ll both grow
old. So, today, they’ll say I belong to you, although that fact we
already knew.”

Luke chose to speak from the heart. “I’ve loved you for
always and promise to love, protect and adore you for always
and forever. You have my pledge to be faithful and true, and
you can rest assured I’ll never ever lie to you. You and these
two girls are my family now and I intend to make sure you
never regret this union. You are my everything. You’re all I
need.”
***

And so today, I choose to honor that anniversary from thirty-two years ago. Did Luke and Darlina have any idea what lay ahead? Of course not. But, it wouldn’t have changed anything if they had.

I hope you found the excerpts of interest and that you’ll pick up the book and help me celebrate this anniversary, and many more!

HOME AT LAST ON AMAZON

Thank you for your support!