This is part of a new series of posts I’ve entitled, “Stories From the Road.” Each week I will post a new story from Rick Sikes, a Texas musician who traveled the roads of Texas, Oklahoma, New Mexico and out to California for well over twenty years. With hours to pass in a van full of sweaty musicians, they found ways to entertain themselves. These stories are told in Rick Sikes’ words. I’ll do my best to correct grammar, but I want to keep them in his own voice.

“We still lived out in the country when they dedicated Hord’s Creek Lake. The Corp of Engineers had Lefty Frizzell, Harry Choates, and the Chuck Wagon Gang out to provide entertainment for the day. At that time, Lefty was about the hottest thing happening. I was a big ol’ dumb country kid out there in the sticks thumping on a guitar. I thought Lefty was great. They had an old touring car – stretch car – not exactly a limousine, but what they used back then, to tour.

My, mom and dad, took me and my younger brother out to spend the day. Most everybody in Coleman County turned out for this thing. I went and sat in the backseat of the car with Lefty Frizzell and talked to him. I can only imagine now, what he must have thought about some hick country kid talking to him. I told him all about my aspirations of becoming a singer. I was starstruck and thrilled to talk to him. He told me he was going to California when he left. He had some gigs out there. He said, “Do you want to go to California with me?” I said, “Well sure, man. Are you joking?” He said, “No I’m not joking. Do you want to go to California with me? I’ll take you with me.” I told him I would be back in a little bit. I ran to find my mom and dad and told them what Lefty said and that I needed to go home and get some clothes.

I was pretty mad at Dad for a while. Of course, I thought I’d just blown my one big chance to “make it big.” Looking back, I know Lefty was just drunk-talking. But, it was another event that made a big impression on me at a young age.” 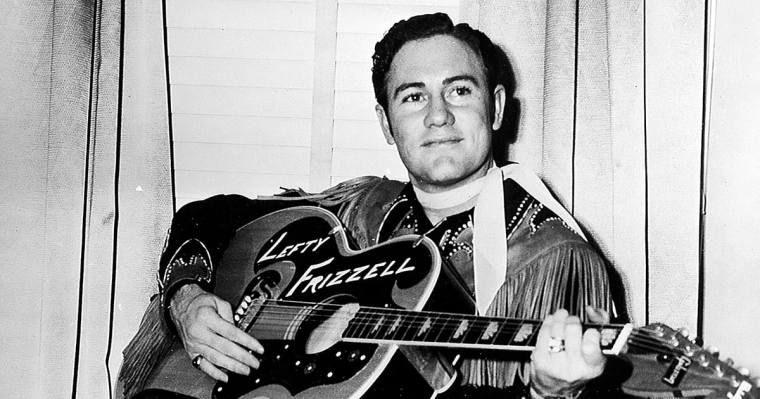 And while this is not the exact car Lefty was touring in that day, it is a historically accurate example of what they used.

What do you think would have happened if Rick had gone with Lefty that day? I’m curious to hear your thoughts.