When we left Jonah and Tidus last week, a horrendous and sudden storm had totally destroyed his hut. He’d grabbed Tidus and his meager belongings and fled. After Tidus chanted and held his Amethyst Gemstone to his forehead, the storm had stopped as suddenly as it had started. Now Jonah’s returned to make the shocking discovery of a new bigger and better hut and a new burlap bag. Let’s join them and see what’s next.

Jonah stood rooted in the same spot for a long minute. He turned to find Tidus close behind him.

Tidus shrugged. “Maybe something in the bag will answer your question.”

Forcing his feet to propel him forward, Jonah reached the burlap bag and pulled the tie. He dumped the contents on the hard ground.

Another book and a note fell out. He dropped to his knees. With shaking hands, he unfolded the note and read it out loud. “Because you thought of someone other than yourself for the first time in your life.”

Tidus knelt beside him. “You mean you’ve never thought about anybody other yourself your entire life?”

“I suppose so,” Jonah muttered.

“But, you made sure I was safe and it seemed to come naturally to you.”

Jonah reached for the new book. “Dark Side of the Light Chasers,” by Debbie Ford.” He held the book out to Tidus. “Ever heard of this one?” 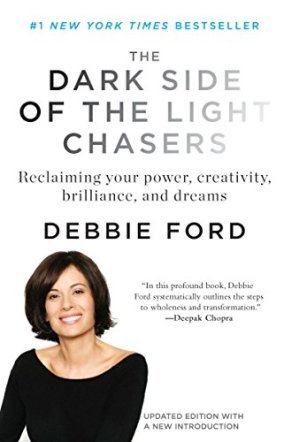 Tidus nodded. “It’s a workbook of sorts. There are exercises after every chapter.”

“Exercises for what?” Jonah thumbed through the pages.

“It’s sort of a guided way to work on yourself, to face your shadow self and do shadow work.  My favorite quote from the book is, ‘Remember, all the answers you need are inside of you; you only have to become quiet enough to hear them.’ ”

Jonah stood. “Shadow work?  Answers inside me? That makes no sense.”

“It will when you read the book. Looks like you have to do some self-discovery work if you ever want to leave this island.”

“I’ll read the book and learn the right words to say. Then I can talk my way out of here.”

Tidus drew a symbol in the dirt. “It doesn’t work that way, Jonah. They’re not interested in your words. Your actions are what they want to see.”

Jonah squinted. “You’re a weird kid, Tidus. How do you know so much about all this? Did they send you? And what is that you are drawing in the sand? You aren’t doing some sort of magic spell, are you?”

Tidus dropped his stick and stood. “No. I swear it. This is what we call sacred geometry. It is the symbol of the flower of life.” 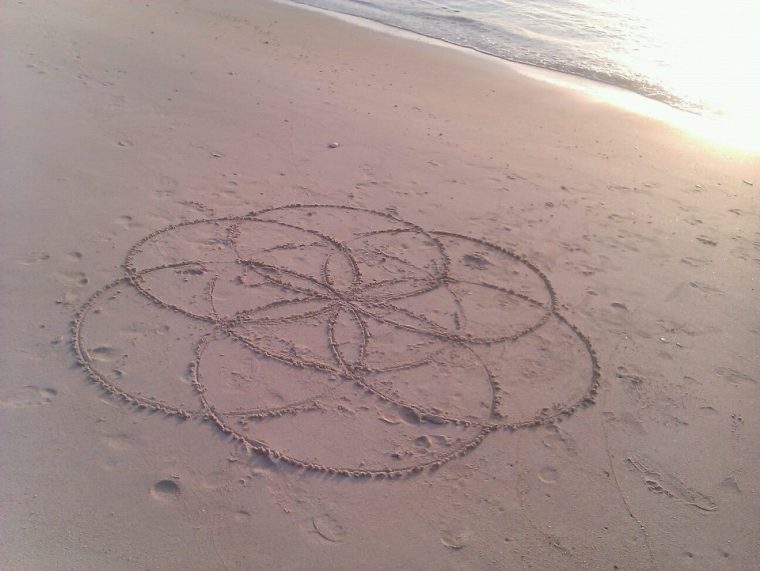 He continued, “What I told you is the truth. My father disappeared. My mother died and I’m all alone on the other side of the island. I would take you there if I could. Then you’d see I speak the truth.”

“Okay, kid. I believe you. It’s just that you seem to know a lot about all this self-work stuff. More than a kid your age should know.”

“It’s simple. My mother taught me from all these books. She was also teaching me how to grow and use my magic when she died. I have lots of books back at my home. If you want, I could bring you some. Maybe I could help you.”

Jonah shrugged. “Suit yourself. Bigger men that you have tried.” He slapped Tidus on the back. “Let’s look inside my new digs.”

With his dagger drawn, Jonah flung the rickety wooden door open to reveal a more spacious and weather-proof hut. As far as he could tell from the dim light, the inside was empty. He could almost stand up inside.

He sheathed the dagger and tossed the new book into one corner, then emptied the contents of the bag he carried over his shoulder. He quickly dug a small hole and re-buried the Jerky. With some of the vegetables Tidus had brought, he could make them a nice soup to eat. He leaned back against the wall and blew out a breath.

His head spun with thoughts. He was being forced to look at himself. The thought frightened him more than anything or anyone he’d ever faced. This was not going to be easy or pleasant.