Hi, everyone! I am over at Story Empire today talking more about Facebook marketing in the form of ads and Passion Pages! Come on over!!

I picked this up off an author’s table at a recent book festival, the Take 190 Book Festival held in Killeen, Tx.

I wanted to share it with you. It is a replica of a hotel “Do Not Disturb Sign” only with a reading message. I thought it was a great marketing ploy!

Have an awesome Wednesday!!

I didn’t write this post, but it was such a GREAT one that I absolutely had to share. There was not a re-blog button on The Book Designer’s blog page, so I did the next best thing. I hope you get as much from this as I did.

We all struggle with this balancing act and Gila Green’s advice is golden! Please take time to visit her website and take a look around. 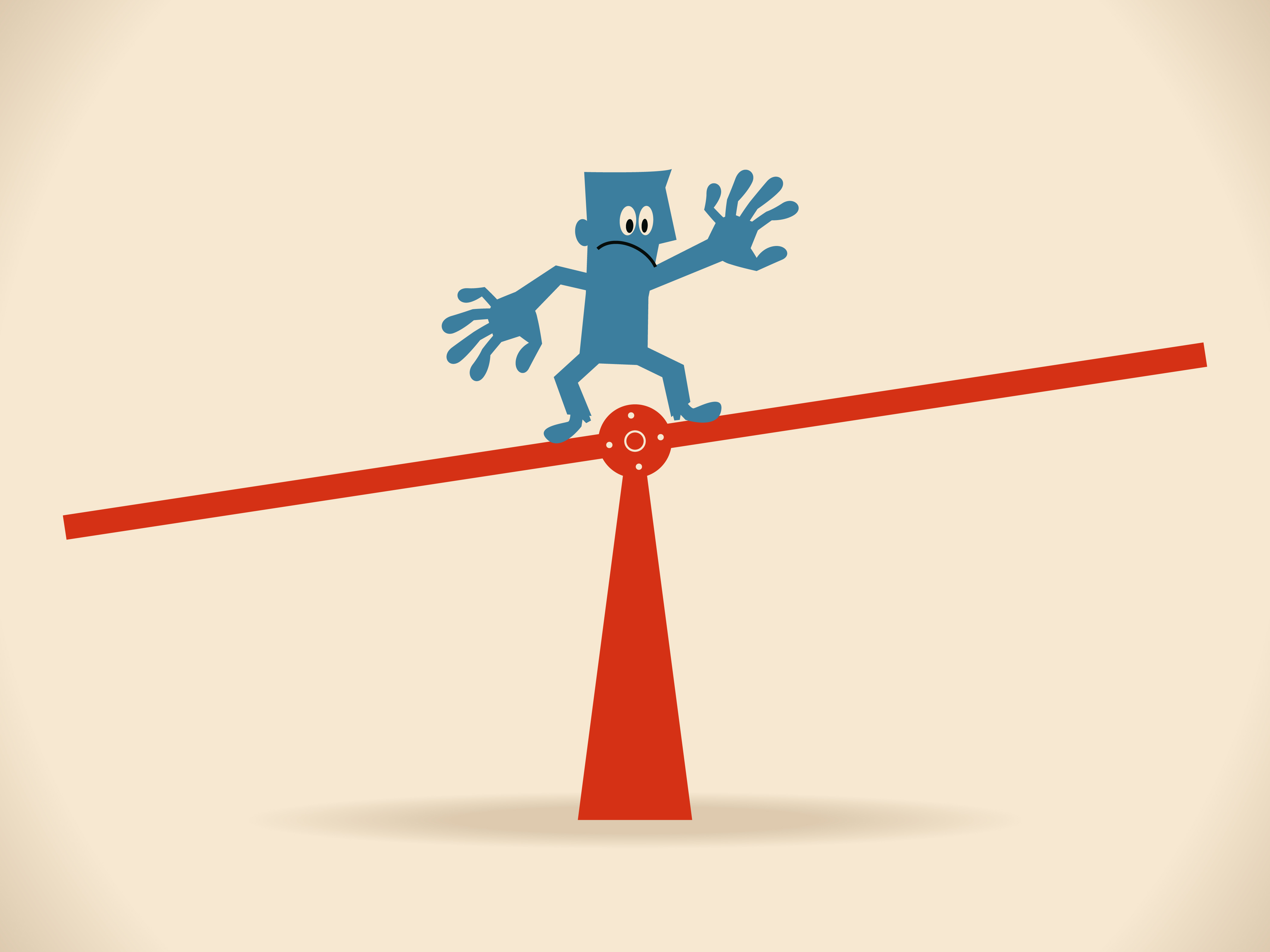 We hear it all the time, “How can I possibly market my existing book while writing my next book?” or “I don’t like marketing. I just want to write.” But the reality is that to be successful as an author, most of us need to continually do both–marketing AND writing new books. The good news is that it is possible to do both. In today’s guest post, Gila Green offers suggestions for how to manage our time, develop a strategy and succeed—on both fronts! I think you will find what she has to say helpful.

Time is like the sweet table at a bar mitzvah; depending on your gender, age, and weight, there’s either way too much of it or never enough of it. The kids can’t believe how quickly it has been devoured and at least half the adults can’t figure out why the chocolatey temptations haven’t disappeared already.

Books are Written Between the Margins

If you’re an average writer you have a day job and writing is your second job. (I’m not even going to get into family responsibilities, that’s another post.) Balancing your time while you try to succeed in two jobs is hard enough, but what happens when your second job splits in two?

For writers who have published a novel and have to deal with the momentous task of marketing it, coupled with producing a second novel, time management becomes an enormous challenge.

It doesn’t matter if you’re setting up a Facebook account, diving into chapter two, or pitching to reviewers, part of your brain screams: you should be working on something else!

For writers suffering from marketing-writer split, you either have three jobs or two second jobs. Either way you slice it, it’s tough to chew on without breaking your teeth or worse, losing your mind.

The situation can seem even tougher if the novel you have just released is in a different genre and/or aimed at a different age category from the novel you’re writing or vice versa. I know plenty of authors with young or middle-grade books out who working away at an adult novel. The worry over wearing two hats just turns up the heat on the writing-marketing split.

So what’s a writer to do?

Here are four ways you can succeed… Canadian Gila Green is an Israel-based author, editor, and EFL teacher. Passport Control and King of the Class are among her published novels. Gila’s White Zion collection will be available in April 2019. She is also currently working on a young adult eco-fiction series with the first novel in this series, No Entry, coming out in September 2019. She has been teaching flash fiction online since 2009 at WOW-womenonwriting. Visit Gila: www.gilagreenwrites.com
This was brought to us by Joel Friedlander, The Book Designer.

I’ve been a member of the Texas Association of Authors for several years and for Indie Authors living in Texas, you won’t find more a comprehensive marketing avenue.

HERE ARE SOME THINGS YOU MAY NOT KNOW ABOUT TXAUTHORS

TxAuthors was created in the summer of 2011 and continues to expand every year.  Texas has an estimated 8,400 published authors and that number grows every year.
In 2016, we estimated our in-person outreach to 30,000 people, in addition to our Social Media following of over 25,000 people, to be a great value and resource in helping you get the word out about you and your book(s).
With each year, we continue to increase our outreach not only within the state but around the world.This alone is worth the membership price!
The only requirement for membership is one of the following items:
1 – You live in Texas and are a published author or
2 – Your heart is in Texas and you are a published author.
Below is everything that is included in our regular membership.
Plus, notice of new and exciting events that we create to help you market yourself and sell your books.
All of the above services are included in your membership.  Individually, you could spend up to $1,500 per year or more.  The cost of these services and more is only $125 for your first-year membership. We do offer payment plans.
TxAuthors is designed to help YOU save money and time while gaining exposure, which equates to the opportunity for more book sales.
Click Here to Join Now

I have posted this before, but today is Recruitment Day at the RAVE REVIEWS BOOK CLUB and I can’t say it any better than this!!

I know you hear me refer to The RAVE REVIEWS BOOK CLUB a lot, but when I find something that is exciting and rewarding, I like to talk about it.

I first became a member of #RRBC in August, 2014. I didn’t get involved much – read my required number of books to remain active in the club, tweeted now and then, caught a RAVE WAVES Blog Talk radio show now and then and skimmed through the WEEKLY CLUB UPDATES.

I didn’t see a whole lot of benefits at the time, except that immediately, when I listed on my Profile that I was a member of the club, my Twitter followers increased substantially. Well, that was good. I now had other authors interacting on a consistent level and more opportunities to spread the word about my books.

Then, in November 2014, I received the honor of a #PUSHTUESDAY spot that showcased The Convict and the Rose. I saw an immediate spike in sales on Amazon. At the time the book was spotlighted, I had ten reviews. That number went to 25 within a few short months. Hmmmm, I thought to myself. Maybe I need to get more involved with this club because it seems to make things happen!

Long story short, I got more involved. I began supporting other members, following their blogs and helping spread the word about their books. Again, I saw a huge spike in followers of my own blog. Wow! Now that meant I had to consistently start blogging and provide interesting and interactive content.

Two more examples -I earned a spot in April 2016 on a RAVE WAVES Blog Talk Radio show where I had the opportunity to discuss and answer questions about my books and again the support I received was overwhelming.

When the RAVE REVIEWS BOOK CLUB  chose my third book, Home At Last as a featured book of the month in July 2016, even more miraculous things began to happen.  Up until that date, I had only eight reviews. And even though it’s not a huge number, I now have twenty.

I’ve participated in a virtual Writer’s Conference with the club, gone on numerous Block Party Blog Tours and read some absolutely amazing books by talented indie authors. In fact, at the end of 2016, I decided to put together a TOP TEN list for the books I enjoyed the most during the year. Out of the 10 books, 8 of them were #RRBC Authors! Check them out here!

All I’m saying, is that if you’re looking for a community of like-minded people to support, uplift, encourage and propel you to greater heights as an author, you might want to take a look at the RAVE REVIEWS BOOK CLUB.  Go to the FAQ page for the answers to any question you might have.

Membership fees are VERY affordable and the results (IF YOU PARTICIPATE) are amazing!

This group of supportive authors and readers have POWER!

OH YES, AND ONE FINAL THING.  WHEN YOU JOIN, PLEASE TELL THEM I SENT YOU!

I recently had the opportunity to take my books to the State Fair of Texas. Wow! What an event to participate in. How did I get to do this? By volunteering.

I volunteered to man a table for the Texas Musicians Museum and in exchange I got to take my books with me to sell.

I have literally handed out hundreds of bookmarks and sold books as well. I know things like this don’t often come along, but the purpose of this post is to encourage you to step out of your box. Look for any opportunities where there are large crowds of people. Farmer’s Markets, Wine Festivals, Music Festivals, and the list could go on and on.  I recently set up a table at a music festival and sold all of the books I took with me. Of course, part of that is the subject of the books and mine are about a Texas musician who was a pioneer in the outlaw music movement in the late 60s. But, nevertheless you get the picture.

Check into the events in and surrounding your community. You might be surprised at what you can do to promote you and your stories.  The other suggestion I have is to collaborate with other authors in your area and team up to create events.

Most of all USE YOUR IMAGINATION! After all, if you are an Indie author, the marketing is all up to you and your books won’t sell themselves.