I felt the urge to share a Christmas story this year and I truly hope you enjoy it. My family was poor. Not the kind of poor that we think we are today, but the kind of poor that, for many years during the great depression, had no home in which to live, and very little food to eat. Sometimes they had a tent, sometimes a shack and sometimes only the side of the road, but they survived. This story is loosely based on tales handed down from my mom and oldest sister. Some of this actually happened to them, but not all in Roswell and not all in the same sequence. I am taking literary license here to create a fiction tale from their recollections.

Roswell, New Mexico in 1940 was just starting to grow and develop. After all, the air base located there brought people and people brought prosperity, but not for everyone. 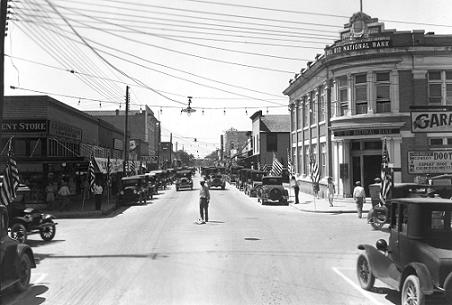 “Christmas is right around the corner, Walter, and we have nothing for the children.” Ella Spencer put her hands on her hips and faced him.

Cold wind whistled through the cracks between the rough wood boards that made up the fifty-dollar house built into the side of a hill.

Walter checked the kerosene level on the single stove in the back corner.

Ella sighed. “I know. So am I. The washings I take in help, but it’s just never enough. If we had electricity, I could do more.”

“Dammit! I can’t work more than three jobs in a day’s time. So, I don’t know what else you expect me to do.”

“If I knew how to drive, maybe I could get a job in town.”

Walter waved a hand around the small square room. “And do what with these younguns?”

Ella’s small shoulders drooped. Walter was right. She had to take care of the children with what few resources they had.

But, at least they now had a house. It was a sight better than the tent they’d lived in before Walter built this house out of used lumber and bent nails.

“Times have got to get better,” she said. “They just have to.”

“Damned government don’t care one lick about us poor people. We ain’t the only ones, Ella. There’s a whole slew of us that ain’t got a pot to piss in nor a window to throw it out of.”

Again, she knew he was right, but it didn’t lessen the sting of not having a single present to give the children on Christmas morning.

They were doing good to put shoes on their feet, and food in their mouths, much less anything that wasn’t a pure necessity.

She let her mind drift back ten years. Maybe if she’d married Tommy Turnbow instead of Walter they’d be better off. But, she hadn’t. Walter had promised a good life.

She’d learned that promises were only made to be broken.

“Walter, if I could just buy a few yards of material, I could sew coats for the girls. They need something to help keep them warm through the winter.”

“I’ll take you into town Saturday and see what we can find. But, we can’t spend more than two dollars. That’s all we’ve got to spare.”

“Two dollars is better than zero. We’ve seen many a day where that was the case.”

Walter rolled a cigarette and blew a smoke ring. “All I know is I’m doin’ my best and I’ve got to get going or I’ll be late to the gas station.”

Ella handed him a tin box that held two biscuits and a thermos of soup. “I’ll see you tonight.”

The door slammed behind Walter, and Ella turned her attention to the wash tub and pile of clothes. She carried water from a single faucet outside the door and set it to boiling on the stove. The baby, Charles, crawled on the wood floor and banged a spoon against the boards. The two older girls played in a corner with rag dolls a kind lady had given them a couple of years back.

She sighed. “Girls, watch after your brother while I get this washin’ done and hung out on the line.”

The oldest looked up. “Okay, Mama.”

Ella worried about the scorpions they shared their house with. So far, no one had been bitten, but she remained vigilant.

Her hands red and chapped from the lye soap stung when the cold air hit them. By the time she had the clothes pinned to the line, she could no longer feel her fingers. Just as the hung the last sheet, her oldest daughter ran outside.

As most of you already know, I recently gifted myself a vacation to beautiful Angel Fire, New Mexico. The picture above is the view from the back door of the three-bedroom-two- bath Airbnb house we rented.

At only $90 per night, you’d have to wonder why this amazing place was so cheap. Two reasons. No TV and NO Internet.

Talk about an attitude adjustment. I’d never miss TV, but I felt crippled without the Internet. Needless to say, it took an entire day to decompress and stop worrying about everything I was missing – the wonderful blogs I follow, the constant emails that flood my inbox and everything going on in RRBC and RWISA land. But, after a day I let go and thoroughly enjoyed the opportunity to disconnect.

And guess what? The world did not stop turning.

My best friend of over thirty years and I drove to my sister’s house in Amarillo and our other traveling partner, Cactus Mike, owner of Cactustown, Texas USA, met us there. 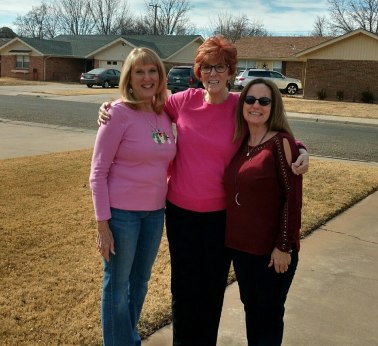 We drove on up from Amarillo and I’ll share a few pictures of paradise. 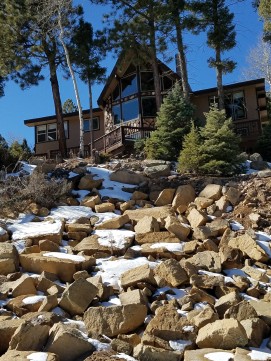 These are a couple of the unbelievable houses in Angel Fire

The pictures do not do it justice. The peacefulness of being out in nature, looking for rocks to bring back home, or exploring off-road trails is equal to nothing else.

We spent one day exploring Taos, New Mexico, one whole day skiing (although I don’t ski, I enjoyed watching!), we had lunch in Red River and hiked the Jasper Agate trail looking for treasures.

And, I even returned home with a new pair of Tony Lamas to take dancing.

It was a phenomenal get-away in every aspect. The weather could not have been more picture-perfect and the scenery breathtaking.

I’m happy to be back home and back to business with renewed energy and purpose.

I hope you enjoyed taking this mini-journey with me through part of The Enchanted Circle in New Mexico.

I recently took a vacation. Yes, I know, that is just not acceptable in the life of a writer. 🙂 But, I did it anyway.

Myself and my best friend and Spirit Sister in life, Kay,  journeyed from North Texas down to the Big Bend area. Now, that my friends, is a long haul! Texas is a big State.
But, we took our time and stopped along the way. One our first stops was at a music festival in Luckenbach, Texas. The Thomas Michael Riley festival is held every year on the same weekend at the same historic location. Wow! What a great lineup of music from Thomas Michael Riley himself to Tom McElvain and Cooder Graw with LOTS in between. Miss Kay and I thoroughly enjoyed soaking up the music. Of course, we were excited to begin our adventure and this was the perfect setting to start.

If you look on the second column, second picture down, you’ll see me and Kay sitting on the front row. Picture to the left is Tom McElvain and the Dirty Pesos and bottom is Cooder Graw.

From the music festival, we drove to Alpine, Texas. Alpine is the home of Sul Ross University and sits at the base of the Davis Mountains. We explored the actual fort at Fort Davis – a fascinating bit of history, then ate lunch at a quaint drugstore in Fort Davis. And I have to admit we indulged in a peach vanilla malt along with our chicken salad sandwich.

The next day, we met up with an old friend, Cactus Mike Mosman, who has lived in the Big Bend area for over twenty years. He then became our tour guide taking us into the Big Bend National Park to explore for the day.

From there we drove through the amazing Chihuahaun Desert to Marfa. We stayed at the amazing and eclectic El Paisano Hotel in Marfa. It is allegedly haunted although we saw no ghosts. The food at El Paisano was 5 Star! The hotel itself held such character from a long forgotten era of the early 1900s.

Yes, we went out to see the MARFA LIGHTS. And yes, we actually saw them. I regret that I didn’t have a camera that would capture the images, but this is the closest publicly available that depicts what we saw. They call them the mystery lights. No one has been able to figure out where they come from or where they go. They appeared at random in the distance, would sometimes break apart in to several lights, then vanish leaving total blackness, only to reappear again in a different spot. Back in the 1800s, early settlers thought they were seeing Indian campfires and sightings have been recorded since that time. Amazing energy! 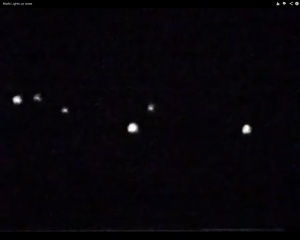 The next day, Mike took us to see Chinati Peak. We followed a paved road until it ended and turned into a rough dirt road (an advantage of having a tour guide who knows the entire area), then drove up and up until we were at the top of the mountain. Wow! What a view. We stopped, walked along a creek and looked for rocks. Then, not being able to resist, we took off our socks and shoes to wade in the cool clear water.

We visited the Terlingua Ghost town with some amazing energy all its own. The photos I am going to post to finish out this Big Bend excursion were all taken by a friend and professional Photographer, Dave Hensley, who visited the same area a week after we were there. He gave me permission to use these great photos. 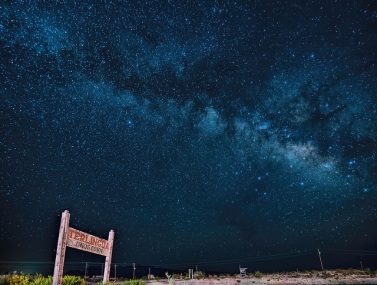 I took this picture during the day in the Terlingua Cemetery. 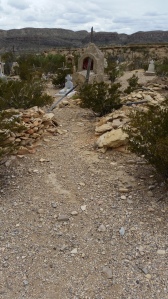 We spent some time at Cactus Mike’s house in Fort Hancock and visited with a renowned Southwest Artist, John McKenzie. I was honored to share my first book, Flowers and Stone, with him.

We thought we were heading back to North Texas from Fort Hancock, but wound up taking a detour through New Mexico. Visited with a dear friend of Mike’s, Mary, in Mesilla, New Mexico and ate a delicious lunch at the historic La Posta restaurant. What a treat! Took a picture of this amazing sculpture while driving down a side street to return to the highway.

And THEN, there was Cloudcroft. Another unexpected detour. We stayed at The Lodge in Cloudcroft, also alleged to be haunted. After our stay there, I can verify that it is. Rebecca‘s Ghost visited.

While at The Lodge, I met the new owners of this hotel, El Paisano in Marfa and El Capitan in Van Horn, Joe and Lana Duncan. They were extremely interested in my books and music CD projects and will be ordering them for their gift shops. What an awesome experience to get to share with someone brand new the whole story behind writing the books and recording the CDs. It was the perfect ending to a perfect trip. If you travel to the Big Bend area, I highly recommend staying at any of the three of these hotels and check out their gift shops while you are there to pick up a copy of my books and CDs!

And then we came home to rest!