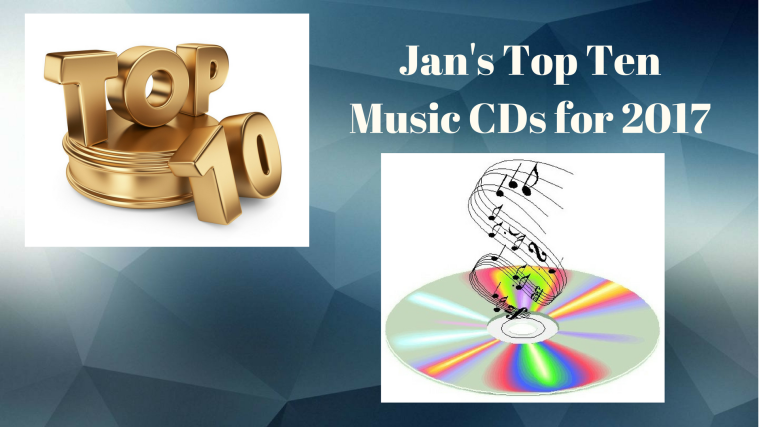 Most of you know that I am a staff writer for Buddy Magazine (The Original Texas Music Magazine). Part of my job is to review new music as it is released throughout the year. This list is the best of what I heard and is based on my opinion. I hope you’ll find something new that you haven’t heard before and that you’ll check it out. 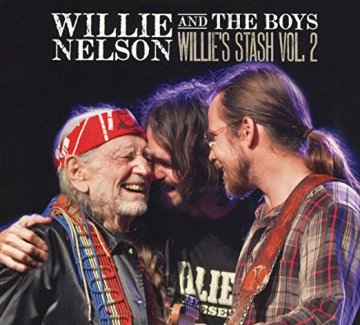 Just when you think Willie Nelson cannot do anything new under the sun, he does. I loved everything about this CD, from the cover to the liner notes, to the songs and production. But, what struck me the most about the project was the blending of voices and guitars that can only come from a family connection. Willie’s two sons, Lukas and Micah join him on this CD. 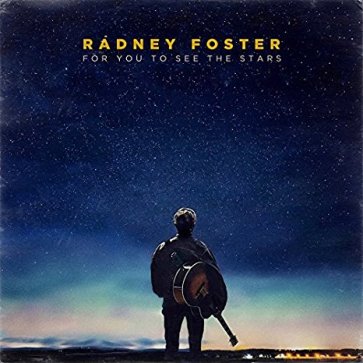 This CD accompanies a compilation of short stories from Radney Foster, which made #1 on my Top Ten books for 2017. This entire project from start to finish a perfect example of what storytelling should be. I loved every song on this CD but one that stands out is “Belmont and Sixth,” about a homeless veteran. 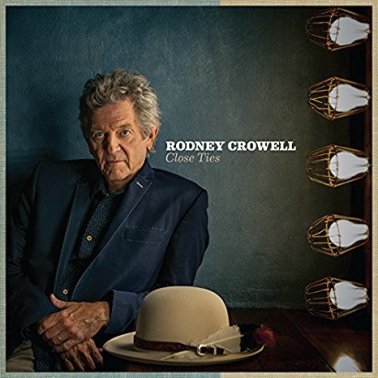 If aging has done anything for this timeless Americana troubadour, it has only enhanced his powerful songwriting prowess.  Close Ties, is beyond a doubt the most intimate as he weaves deep personal stories that expose vulnerabilities and regrets. It is quite possibly Rodney Crowell’s best work to date with wry, straight-as-an-arrow stories about his life. 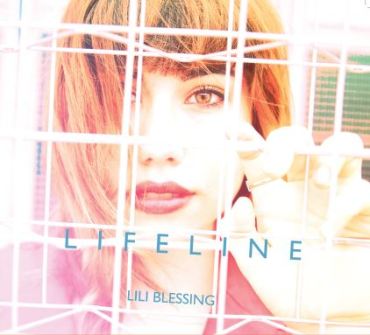 There is no singular word that describes Lili Blessing’s voice…Pure, rich, subtle, smooth as silk, yet powerful and edgy are words that come close but fall short. She is like a young Norah Jones or Adele. Seamless transitions into falsetto and powerful dynamic delivery set this Indie Alternative artist apart from anything I’ve heard. 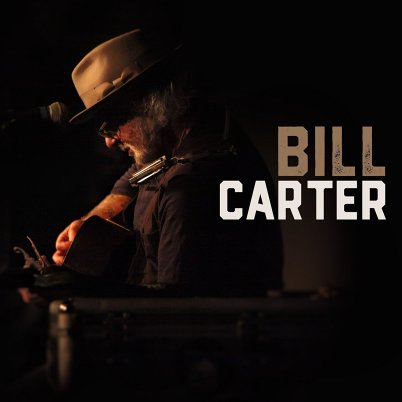 I get excited when I discover a new artist that has been around for decades making original creative music. Such is the case with Bill Carter. He writes the kind of songs other artists turn to for inspiration and their own material. For over three decades, Carter has been turning out songs that legends of rock, blues, and country have recorded. On this self-titled album, Carter’s unique style and skillful musicianship is the mark of a man who has spent a lifetime honing his craft.  Carter plays all the instruments, sings the songs and he also produced the album. Wow!! 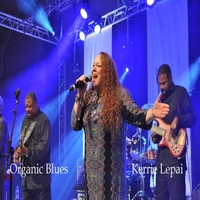 Whoever said white girls couldn’t sing the blues have never heard Kerrie Lepai. With her powerhouse voice and undeniable range, she is a force to reckoned with. While Kerrie Lepai may be a new name to you, it’s one you won’t soon forget. If you love the blues and all that it embodies, along with the smoking hot guitar of Andrew Jr. Boy Jones, this album is for you. 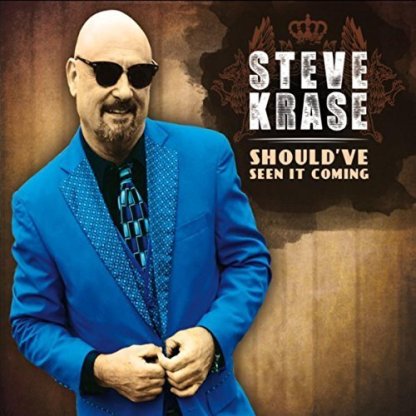 Houston-based blues harmonica ace, Steve Krase released his fourth album, Should’ve Seen It Coming, for Connor Ray Music. Most of this album was recorded live over two nights, at the Red Shack in Houston. The spotlight tune of the album is unequivocally “Repo Man,” written by brother David. It allows everyone to show off musically and vocally. “I won’t knock on your door/I won’t bang your wife/But I’ll take your car in the middle of the night/Cuz I’m a repo man…” The lyrics are catchy and humorous, but the arrangement is seriously incredible. 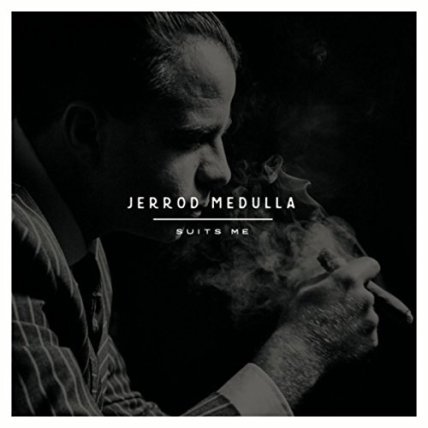 This album is different in many ways, but mostly in the unique interpretation of lyrics and melodies done only the way Jerrod Medulla can. It is is fresh, sexy, sultry and diverse. It is hard to classify Jerrod’s music. It is a mix between Americana, Rock and Blues with a little Jazz thrown in.

Nothing describes Mike Blakely’s vocal and songwriting style better than straightforward and genuine. Listening to his new CD, Keepsake, is like going on an easy rambling trail ride. Mike’s “no frills” music touches something deep inside. If you enjoy listening to lyrics that have meaning, tell a story or carry a message while the melody flows like a cool mountain stream, you will enjoy Keepsake. 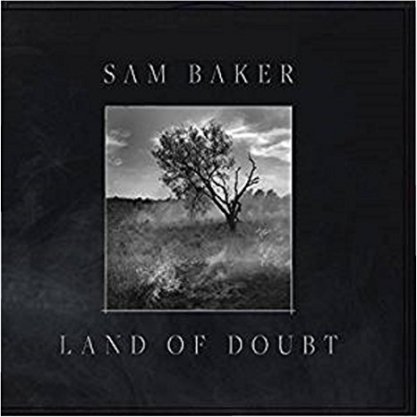 What you’ll hear on Land of Doubt is stunning beautifully arranged strains of chords and melodies with lyrics deeper than the roots of an old oak tree. Baker is well-known for surviving a violent terrorist attack in Peru in 1986. He suffered some hearing loss in the explosion but has defeated all obstacles to emerge as a respected songwriter and performer. Land of Doubt opens with simplistic yet complex guitar chords from Will Kimbrough on “Summer Wind.” I am immediately reminded of Willie Nelson’s style of intermingling guitar licks with meaningful lyrics.

I hope you’ve enjoyed meeting new artists, perhaps finding new music that touches you or simply been entertained. Thank you for taking a look at a big part of what I do in life.

Once in a great while, in life, someone walks into it that leaves such a large footprint you are forever touched. And so it was with Richard J. Dobson (aka Don Ricardo).

Roxy Gordon was an American Indian activist, a poet, and storyteller. And, he was a friend and spirit brother to Rick and myself. It was he and his wife, Judy, who introduced Rick and myself to Ricardo in December 1999.  He and his bride-to-be, Edith, had come to Coleman to visit Roxy and Judy and to get married in the Coleman County Courthouse. I didn’t get to attend the actual wedding ceremony because I had to work, but this picture was taken in our music room the night before. 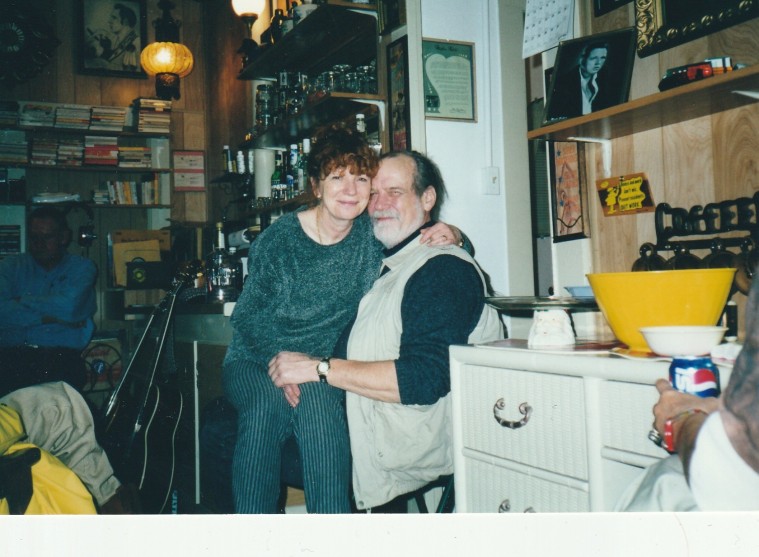 The first song I heard Ricardo play and sing in our home, was “Piece of Wood and Steel.”

There was a little controversy that arose when David Alan Coe released it on an album and listed himself as the writer. That eventually got straightened out.

“Richard is a huge, gentle bear of a man with a rollicking, roll-with-the-punches attitude toward show business success or lack of same,” Robert Oermann wrote in The Tennessean in 1983. He added, “He’s a man-child who has retained the wide-eyed wonder of youth as he has become a godfather to the new generation of struggling pickers.”

That description fits the man perfectly. He made more than twenty albums and had songs recorded by artists such as Johnny Cash and Guy Clark. He is mentioned in Rodney Crowell’s song “Nashville 1972” as a poet. Another apt description.

But on a deeply personal level, Ricardo’s music touched me in a way that only “truth” and “real” can do.

Anytime life gets tough for me, I have one go-to as far as soothing music for my soul. It is none other than “Rockin’ To The Rhythm of the World.” It always puts me back in sync.

And there is another that I carry the lyrics to in my wallet and have for well over fifteen years called “Useful Girl.” I was that useful girl and it spoke to me in ways I can’t explain. The song was written from a true story (as many of Richard’s songs were). He loved history and loved, even more, expressing it in the poetry of song.

When the news came that Richard J. Dobson had passed away, my heart broke into a million pieces. I know that death is as much a part of life as is birth, but it doesn’t lessen the blow or the grief. I want everyone to know what an amazing artist and person Richard J. Dobson was. He was a true friend to Rick and myself and continued to be to me, after Rick’s passing.

This picture was taken at our music store a year or so before Rick passed away.

Ricardo wrote a song telling Rick’s story, “The Old Rhythm Rebel.” I am happy that he wrote and recorded it while Rick was still alive to hear it and be able to appreciate and acknowledge the honor he felt.

This post is longer than I normally make, but there isn’t any way to make it shorter and express what’s in my heart. I loved Ricardo like a brother. I was thrilled for him when I received his email telling me that his work was being archived in the Woodson Research Center at Rice University in Houston, Texas. Well, there simply isn’t enough room in this post to list all of his accomplishments including a film debut in “Heartworn Highways.”

Besides all of the music, Ricardo also wrote and published three memoirs, “The Gulf Coast Boys,” “Pleasures of the High Rhine,” and “The Years The Wind Blew Away.”

His most recent CD release was a collaboration with Texas author, W.C. Jameson, “Plenty Good People.” It, along with most of Ricardo’s music, can be found on Amazon.

To say there is a gaping hole in my heart is putting it mildly. I just know Rick, Roxy, and Ricardo are having a reunion in the other world. I can only imagine the conversations.

A life well-lived – a story well-told…