Please join me over at Story Empire today where I am weighing the pros and cons of belonging to writing organizations or groups.

Writing Organizations – The Good -The Bad – The Ugly

I am honored to be a featured guest on Colleen Story’s Wellness and Writing Blog. Please take a minute to head over!!

We all deal with different writing struggles, and staying well while we spend hours in front of our computers can sometimes be a challenge. Perhaps some of my experiences would help you too.

The concept of “show don’t tell” is drilled into us from the first day we begin learning the craft of writing. And, as we grow and improve our storytelling abilities, it becomes an integral part of the process. But there are many ways to “show” character traits, beliefs, desires and ideals.

As strange as it may sound, one such way is through food and drinks.

Let’s say you have a character who thrives on cold pizza and soda. That alone tells me loads about this character, whether male or female. #1 – They don’t like to cook, or don’t know how. #2 – They are not a health nut. #3 – They are always in a hurry and needing to grab something on the go.

Just that one food scenario says a lot.

In stark contrast, if you have a character who enjoys gourmet meals either at home or out, it is going to let the reader know something specific about him/her. Most likely, they are refined and possibly came from money. There are thousands of examples but you get the idea.

In my newest book, “Ghostly Interference,” my male character’s mother, Charlotte, is vegetarian. One of the meals she cooked was squash stuffed with rice and drizzled with cashew sauce. That showed her earthiness, but also creativity. Have you ever made cashew sauce? It’s not an easy process for sure. I had one reader who messaged me and said they actually tried making this dish and it turned out quite delicious. 🙂

The protagonist in my current WIP, is a rancher who operates a horse sanctuary. Of course, he is a big beef eater. Nothing else would fit him. But in contrast, the love interest in the story is a vegetarian. An unlikely combination, it will create some humorous moments between them. The contrast also gives me the opportunity to reveal more about each. Why did she decide to become vegetarian?

And it works with every character. What they eat or drink can show the reader more character depth and detail without having to tell them a thing.

What about coffee drinkers? The type of coffee you order may reveal more about your personality than you think.

Research found that the black coffee drinkers were straight up, straightforward and no-nonsense individuals. The double decaf, soy, extra-foamy folks tend to be more obsessive, controlling, and detail-oriented. The latte drinkers tend to be neurotic and people-pleasers, while the instant coffee drinkers had a greater likelihood of being procrastinators. Finally, those individuals who order sweet drinks are the overgrown kids who retained the taste buds and sensibilities of children, while being young at heart. Interesting, huh?

Let’s talk about alcohol. Our character’s go-to drink can be just as much of a statement as the outfit he/she chooses to wear. Something about their alcohol preference (or strong aversion to) alludes to a deeper connection to their character, personality, and behavior.  The go-to drink for my protagonist in my current WIP is whiskey. He is a man’s man. She likes wine. So, what does that say about each of them?

The wine drinker is the one who asks the kinds of questions that cause you to choke on your drink a little. Expect this group to add spice to the conversation when needed—but be ready for anything with them. We rely on their social prowess for as long as we have the wine lovers, but we all know the compatibility between wine and sleepiness. Most wine drinkers tend to go to bed early. We could go into great detail between white and red wine drinkers, but I’ll leave that up to you in creating your character. Wine drinkers are considered more intellectual types as opposed to beer drinkers who are in it for the party.

We really have two categories for beer drinkers: the traditionalists and the craft beer drinkers. The line can be blurred at times between the two, but more often than not, we’re talking about entirely different people here.

Starting with the traditionalists. These are our stubborn ones. They simply do not care about your double-IPA, fruit-infused beer; give them their mass-produced, generic beer, and leave them the hell alone. This group isn’t swayed by conformity; instead, they’re driven by loyalty. They’ve been drinking the same old beer for 20-plus years now, and they’re not changing for anyone.

The diehard craft beer people have one plan and one plan only every weekend: go to a brewery. A flight of beer brings tears to their eyes. The real craft beer drinkers have a knack for detail. In 2020, they’re the new wine snobs. Out with tweed coats and in with scruffy beards and flannels.

Then we have the whiskey, vodka, tequila, and gin drinkers. Whiskey drinkers tend to know their way around alcohol and have a respectable tolerance for it. With vodka, it’s less about what your favorite alcohol says about you and more about your preferred cocktail that makes the real statement. Tequila drinkers are plain and straightforward, in that they all love to party. The saying, “I’m here for a good time, not a long time” fits. Gin drinkers love the fact that you can’t get a read on them, and they’re honestly probably just drinking gin to confuse you even more. This group’s usual label is the “intellectual” tag.

I know there are tons more alcohols and foods we could explore, but the purpose of this post is to look at how we can use them to give our characters multi-dimensional layers.

It is really fascinating, and simply another tool to help us “show” the readers who our characters are and what makes them tick without telling them.

I’d love to hear your thoughts and some of the ways you have used food and drink to show your characters’ personalities. 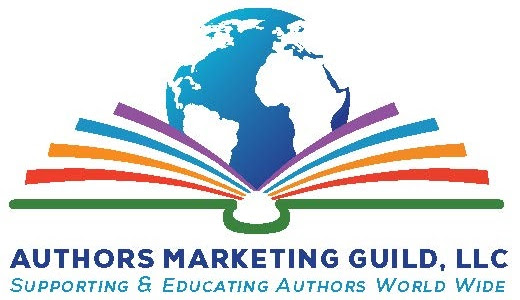